Carlo Zammit Lonardelli: “The Maltese football scene is becoming similar to the European one” 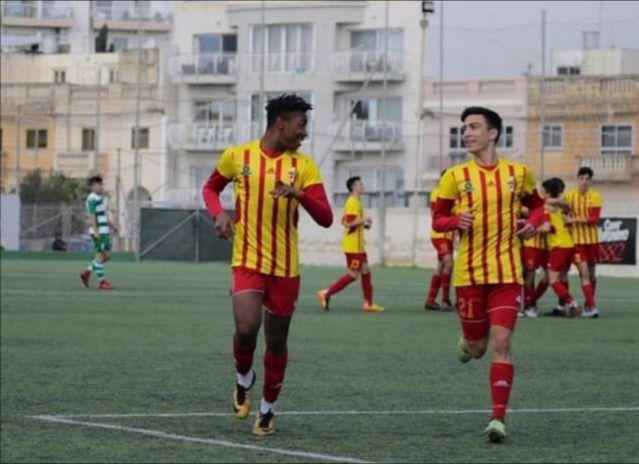 A young talented footballer from Malta, the flank defender of the Maltese youth football national team and FC Birkirkara, spoke to the correspondent of the “Solo Vero” newspaper, and told about the development of the Maltese football scene and his personal lusts.

– Carlo, as far as I know, the Maltese football scene has been developing quickly for the last several years. Tell me how true that information really is?
– Yes. This information is true. Some of the young Maltese players are now getting experience abroad. Famous coaches have come to our national league in order to raise its level. Furthermore, the managements of the teams have begun to invest so much money to develop their clubs and to build new football schools for children. It is also worth noting that some of the famous footballers play in our country now due to the good overall financial situation. The Maltese football league is becoming more similar to the top European championships now.

– Some words about you. You are a qualified player and now you play for FC Birkirkara. Last summer some of the famous European clubs were interested in you. What were those teams?
– So, it is an interesting question. Quite frankly, at first I read that information on the Internet, but me and my club didn’t receive any real offers. I think I should start looking for a new club for me when I improve as a player. I like the European clubs obviously. And that’s my dream to become a great professional.

– Who brought you to the stadium at first?
– It was my mother who send me to the football section when I was three years old, because the stadium was situated near my house.

– So you said that your dream is to play in a top championship. What championship would you like it to be and what club?
– When I was a child my father told me about Italy. I was really interested in that country and chose my favorite football club from there. It was FC Inter from Milan. For about twelve years I have been a fan of that team and when it was possible I have been trying to visit the San Siro (the home stadium of  FC Inter and FC Milan). In the nearest future I see myself as a player of that team. 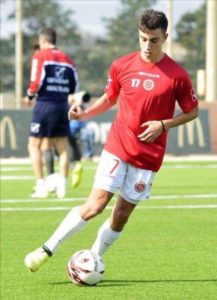 – What football qualities do you consider best about yourself?
– My teammates compare me with an electric train because it’s hard to keep up with me physically. My father is my own coach. He says that I can play as an attacker but my heart often tells me that I can become a good flank defender. The main thing is not to stop and only to look forward.

– Recently you have debuted for the Maltese youth football national team. Tell me your impressions about the game against the Belgians?
– It was a fantastic, but such a hard game. It was a great honor representing my country in such an important event. The level of the Belgian football scene is very different from ours. Just take a look at the Belgian football national team’s performance at the 2018 World Cup. As I said earlier the managements of our teams have just started investing in football schools. In Belgium everything is completely different. They often earn money at the expense of their own alumnus who have been training on the high level fields since their childhood. I think we should use their example. And I can also say about the game with Gibraltar national team. I was a captain of my team. It was such a great feeling.

3 – Andre Shembri. As for me this attacker is such an interesting player. Now he is playing in Cyprus for FC Appolon. Every year this team competes in the UEFA Europe League.

1 – Zack Muscat. Everyone can say it in Malta. He is the best of the best.